Spain hosts the Statutory Seat and the ICT e-Infrastructure Technical Offices, assisting in the day-to-day coordination and management of LifeWatch ERIC.

The LifeWatch Spain distributed centre is supported by the Ministry of Science, Innovation and Universities, the Regional Government of Andalusia and the Guadalquivir River Basin Authority (Ministry for Ecological Transition-MITECO).

These three bodies have signed the LifeWatch ERIC-Spain Agreement (ratified by the Ministry of Finance and Public Administrations, with the subsequent agreement of the Council of Ministers) and make up the Steering and Monitoring Committee of the LifeWatch Spain Joint Research Unit (hereinafter, JRU LW.ES).

The main goal of the JRU LW.ES is to foster R+D+I activities related to LifeWatch ERIC, thus better coordinating the actions of Spain in this and other international initiatives.

The JRU LW.ES works with some thirty institutions and R+D+I organisations, including:

The Ministry for Ecological Transition-MITECO has made available its databases, which constitute the most complete store of knowledge on Biodiversity in Spain. These databases include those of the National Inventory of Natural Heritage and Biodiversity (in accordance with article 9 of Law 42/2007), the General Water Directorate, the Spanish Agricultural Guarantee Fund (FEGA), the River Basin Authorities (whose information systems have recently been improved in terms of their interoperability) and the General Directorate of Fisheries (linked to the Spanish Institute of Oceanography, as well as those related to the construction of Green Infrastructure in Spain and the Biodiversity Foundation itself. Also noteworthy are the connections of LifeWatch Spain to the Natura2000 Network, the EU-Atlantic-Latin America and the Caribbean Foundation, IPBES, UNECE, Copernicus and EIT Climate-KIC, among others.

All of these bodies and institutions share a concern for and an interest in understanding the characteristics and impacts of Climate Change on biodiversity and ecosystem management, in addition to the pressures arising from a growing population that are causing desertification, the depletion of water reserves and associated natural resources and serious loss of Biodiversity. This loss, as well as the changes that are occurring in biological systems, is seen in both rural and urban environments, affecting terrestrial, marine and fluvial species. Some examples of this are the spread of invasive alien species such as the water hyacinth and the zebra mussel, the extensive decline in holm oaks, the Zika virus, an increased rate of allergies due to the presence of pollen from other latitudes, etc.

The policies of sustainability and conservation at the urban, regional and national levels, designed and developed by the competent Public Authorities, and the actions of those responsible for environmental management necessarily rely on scientific knowledge of what is happening and on the evaluation of the effectiveness of the implemented measures.

On Thursday 2 February, directors and representatives of the LifeWatch ERIC Common Facilities in Seville were welcomed to the government…
Read More

The AI for Science Workshop was held from 12–16 December in Rabat, Morocco, organised by NASSMA, MASCIR, and the Mohammed VI Polytechnic University. Artificial…
Read More 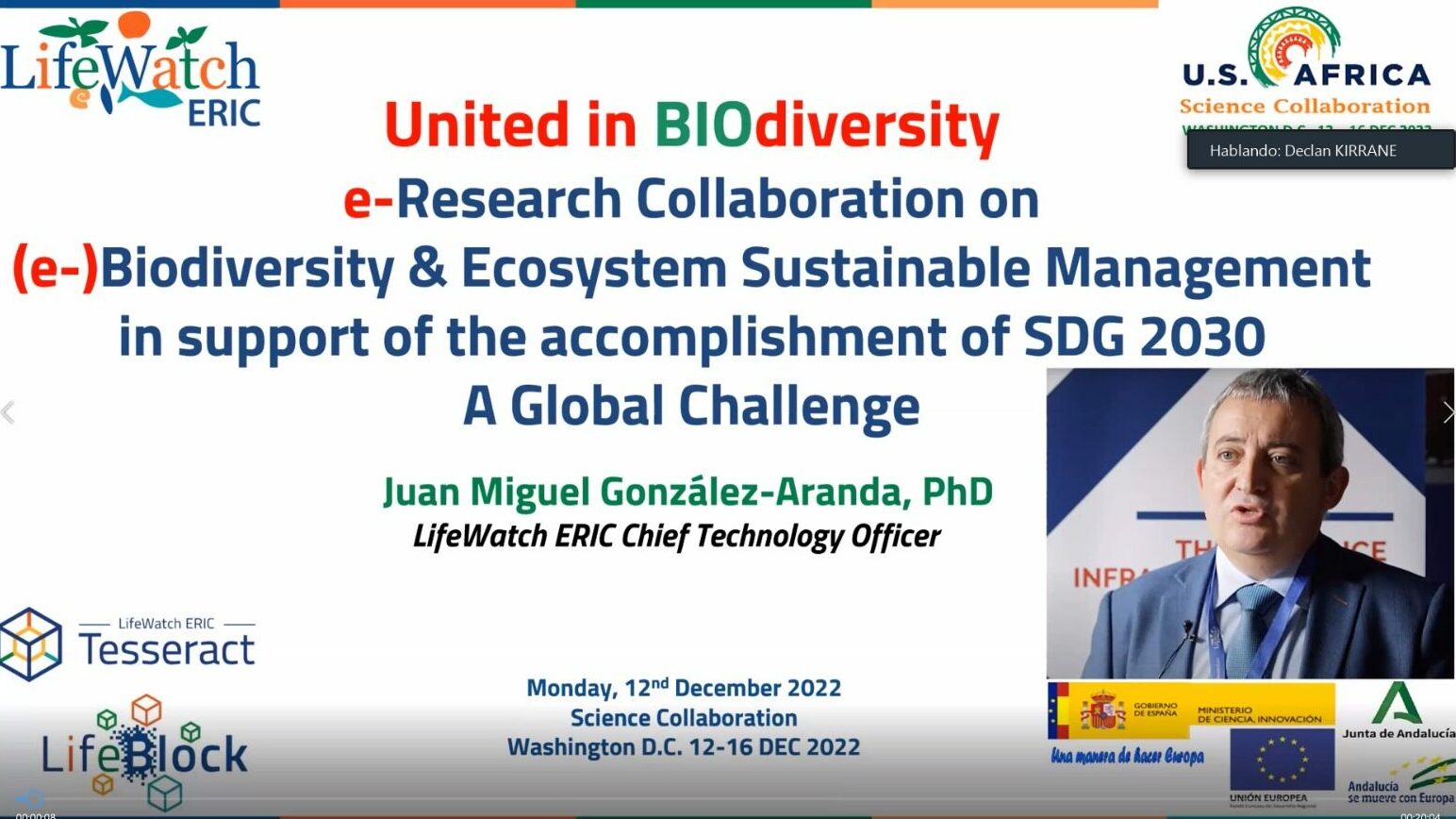 COP15, the United Nations Biodiversity Conference, is not as well-known as the COP27, the Conference of the Parties to the…
Read More

Following the successful ALL-Ready regional workshop held in its ICT-Core premises in Seville at the start of the month, LifeWatch ERIC played…
Read More

ICSOC, the International Conference on Service-Oriented Computing, is the premier international forum for academics, industry researchers, developers, and practitioners to…
Read More

New Synergies in the Cartuja Science and Technology Park

At the LifeWatch ERIC ICT-Core & FEDERTECH headquarters in the Cartuja Science and Technology Park (PCT Cartuja) in Seville, a…
Read More

LifeWatch ERIC is hosting a hybrid regional workshop on 2 November for the ALL-Ready Project, at its ICT-Core office in Seville,…
Read More