The University of Amsterdam (UvA) is the largest and one of the oldest universities in the Netherlands. The LifeWatch-ERIC national node is hosted by the Faculty of Science. The faculty covers all natural sciences, Information Technology and Mathematics. It has over 6000 students and 1300 staff.

The main institutes servicing LifeWatch Netherlands are the Institute for Biodiversity and Ecosystems Dynamics and the Informatics Institute.

Currently UvA acts as the main representative of LifeWatch-ERIC in the Netherlands. It has developed strong ties with the Naturalis Natural History Museum in Leiden to jointly operate and lead national projects contributing to the LifeWatch-ERIC infrastructure. UvA acts as host for the ‘Virtual Laboratory and Innovation Centre’ ERIC Common Facility.

Besides this, several Dutch partners expressed an interest in LifeWatch-ERIC by signing a Memorandum of Understanding in 2011.

UvA has a longstanding relationship with LifeWatch-ERIC. It acted as a founding partner for the Research Infrastructure in 2008 and since then has been involved in several projects related to LifeWatch-ERIC, tackling issues such as technical development, policy, global cooperation, organisational setup and contributions to science.

The Netherlands hosts the Virtual Laboratory and Innovation Centre, one of the main Common Facilities of LifeWatch-ERIC. Besides this, a number of national projects contribute to the European LifeWatch-ERIC community and technical facilities. 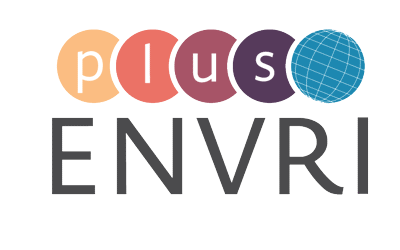 The mission of the GLOBIS-B project is to foster the global cooperation of biodiversity research infrastructures and biodiversity scientists to advance the implementation and calculation of Essential Biodiversity Variables (EBVs). The project aims to identify the required primary data, analysis tools, methodologies, and legal and technical bottlenecks to develop an agenda for research and infrastructure development to compute EBVs.

The UvA coordinated the preparatory project for LifeWatch. The project consisted of 30 partners, mostly representing the major Networks of Excellence in the field of Biodiversity and Ecosystems Research.

ENVRI was the first cluster project for the Environmental Research Infrastructures. UvA coordinated this project in which 10 RIs collaborated for the first time.

The EU-funded CREATIVE-B (Coordination of research e-infrastructures activities toward an international virtual environment for biodiversity) initiative was established to bridge the gaps between national life sciences research infrastructures.