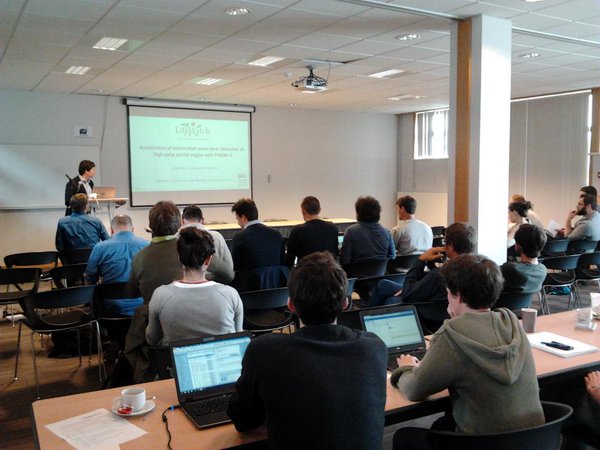 On Monday May 23rd, the second LifeWatch.be Infrastructure User Meeting was organized at the Flanders Marine Institute (VLIZ) in Ostend. During this full-day event, users of the LifeWatch.be infrastructure were given the chance to present their ongoing research and first results. This event was also the perfect networking opportunity for the Belgian LifeWatch partners, researchers, PhD students, LifeWatch Belgium supporters, etc.

During the morning session and the first part of the afternoon, several ongoing individual research projects within the Belgian LifeWatch infrastructure were presented. Since the previous edition (June 2014), many additional research projects started and a lot of progress has been made: while the previous meeting was limited to describing the infrastructure itself and laying out some future plans, during the meeting on Monday all presenters were able to show some (first) results and ongoing analyses of their research.

The last three presentations of the day were aimed at the more general use of the infrastructure: how the LifeWatch Taxonomic Backbone can be of use to you, which workshops are being organized as a service to the users, and which are the most recent LifeWatch e-infrastructure developments.

Please view the agenda and report of the meeting.