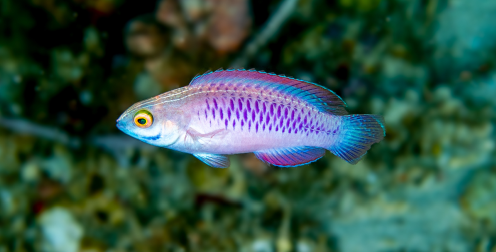 As in previous years, the World Register of Marine Species (WoRMS) has again released the annual list of the top-ten marine species described by researchers during the year 2019 to coincide with World Taxonomist Appreciation day – 19 March!

Every day in labs, museums, out on fieldwork, taxonomists are busy collecting, cataloguing, identifying, comparing, describing and naming species new to science. Some 500 experts globally also contribute their valuable time to keeping the World Register of Marine Species up to date.

Today is a chance for us at WoRMS to thank all our editors for this important task. And we celebrate the work of taxonomists now with the WoRMS list of the top-ten marine species described in 2019 as nominated and voted for by taxonomists and journal editors!

This top ten list is just a small highlight of almost 2,000 fascinating new marine species discovered every year. Each of these marine animals has a story. This year the chosen species are in some cases particularly small, large, hidden or rather sparkly! We feature the unusual light-producing Christmas-Light Brittle Star and the Star-of-the-Sea Seed Shrimp; the tiny Brenner’s Bobtail Squid; cryptic Boring Amphipods and Green Rat Clingfish; and even a giant Mediterranean Branching Placozoan (well, giant for a placozoan…).

A list of the ‘Top Ten Species’ described from ALL habitats and taxa has been announced annually since 2008 by the State University of New York College of Environmental Science and Forestry (ESF). The oceans cover over 70% of the surface of our planet, and yet they still include the least explored regions. Although the ESF list often contains one or two marine species, we decided to pay homage to the ‘largest habitat on earth’ by producing our own list of the top marine species.

Go to the LifeWatch Belgium press release for details of these ten remarkable new marine species from 2019.