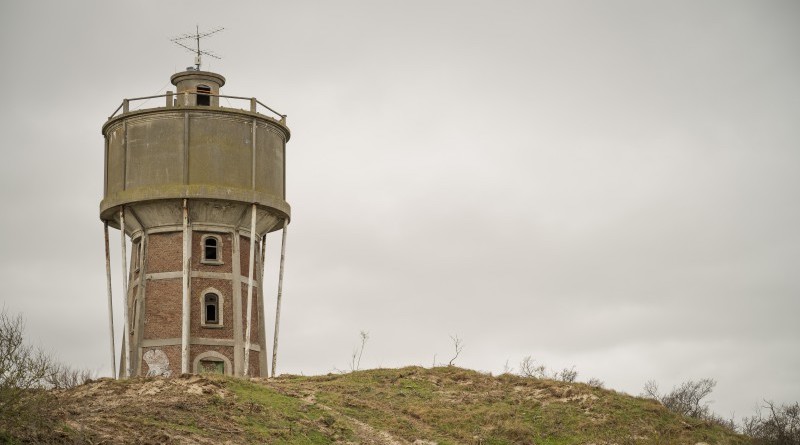 The new antenna station in the Wenduine water tower, near the popular tourist destination of Ostend on the Flemish North Sea coast, is gathering data to better understand and protect bat migration routes as part of the wider wildlife tracking network known as Motus.

Not everyone knows that certain bat species migrate over long distances, following the coast of the North Sea and even reaching the British Isles. Researchers from the Flanders Marine Institute (VLIZ), in collaboration with the municipality of De Haan and Bionet Natuuronderzoek, installed the new antenna station on the Wenduine water tower to strengthen the European antenna network. The station picks up radio signals from small encoded transmitters on the bats, using a technique known as radio telemetry; each time a tagged bat passes the station, the antennae receive a signal, allowing researchers to monitor the creature’s location. The transmitters are very light (just 5% of total body weight) and can also be used to track songbirds and larger insects.

The station’s antennae are located high on the water tower to increase the reception range up to several kilometres. It is one of three stations along the Belgian coast, and is part of a wider international wildlife tracking network called Motus, coordinated in Canada. Research into migrating bats along the North Sea coast is part of the LifeWatch Belgium Marine Observatory, developed by VLIZ, and is designed to deepen the understanding of bats’ migration patterns and numbers along the North Sea coast through long-term data series acquired by means of these fixed measuring stations. Bats are important for the ecosystem and it is hoped that the data collected will contribute towards improving their conservation.

For more information on the technology involved, please follow this link.