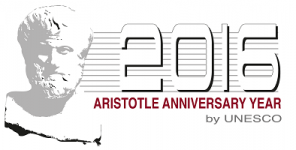 Many people are unaware that the great Greek philosopher Aristotle can also be regarded as “the father of marine biodiversity”. Indeed, this “Linnaeus avant la lettre” spent a considerable part of his life studying marine species. In fact, more than 40% of the animals he studied in his zoological works had a marine origin. If Aristotle were still alive today, he would have made an excellent ambassador for modern marine biodiversity research. To highlight his very early contributions to the study of marine biodiversity, we are featuring a series of five stories that cover different aspects of his life and research, linking his work to current initiatives and projects, and demonstrating that at least part of his work is still relevant and very much alive today…

Aristotle and his remarkable achievements in the field of marine taxonomy

Aristotle and his work on marine species traits

Aristotle and how he contributed to marine animal nomenclature