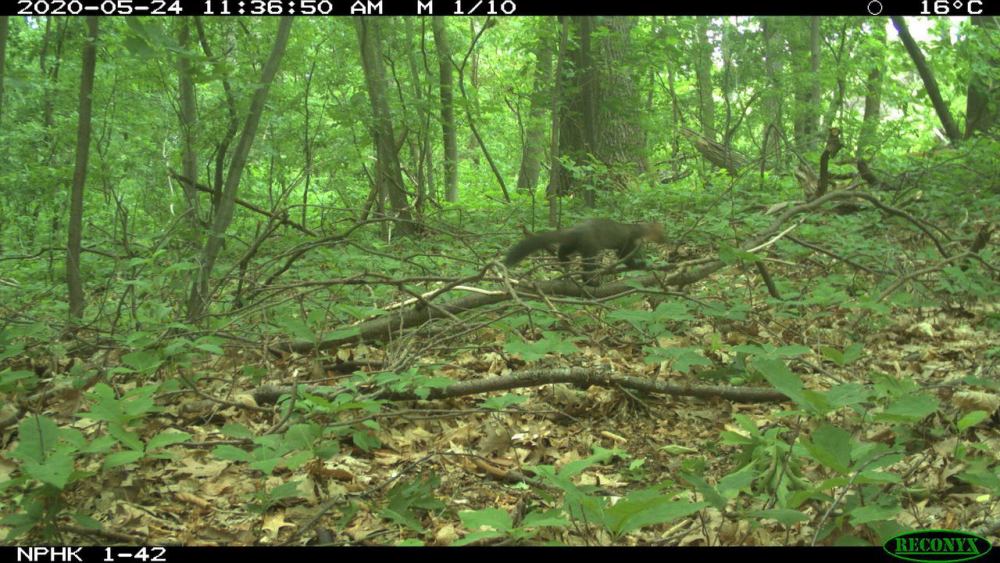 The camera trap network CATREIN recently captured a European pine marten on image in Heverleebos, a forest south of the city of Leuven, Belgium.

The main purpose of the camera traps installed in the area is to study the presence and distribution of wild boar. To make that possible, cameras are positioned randomly in the larger area of Meerdaalwoud, Heverleebos and the Dijle valley. The camera locations are changed monthly, in collaboration with the local hunters and a nature conservation NGO. The image annotation process is done in Agouti.

Recently, one of the cameras in Heverleebos unexpectedly filmed a European pine marten. Observations of this species have become rare in the region. Twenty years ago, the species was even thought to be extinct in Heverleebos. Nevertheless, the larger region of Meerdaalwoud has always been a suitable habitat for European pine martens. The rediscovery illustrated again the potential of the use of CT in collaboration with local stakeholders as a non-invasive tool to monitor and detect both general and rare illusive and/or night-active species. Camera trap software such as Agouti to annotate both target species and by-catch species creates a great potential for safeguarding these observation records for the future.