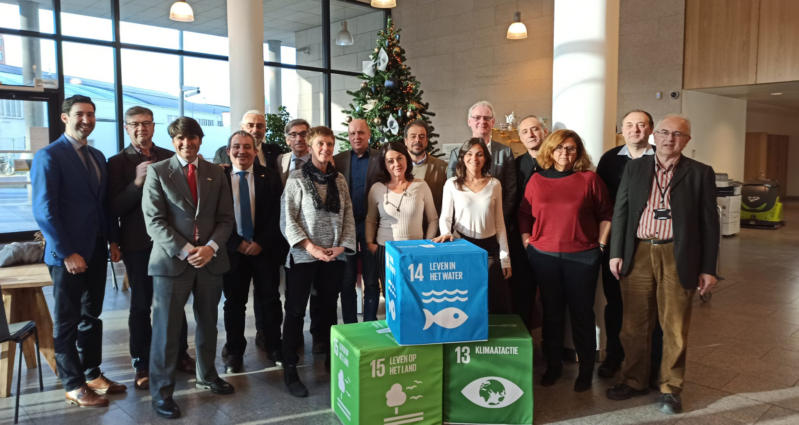 The Dirk Bouts Building in the Flemish Administrative Centre (VAC) in Leuven, Belgium, was the scene for the 5th LifeWatch ERIC General Assembly, from 11–12 December 2019, chaired by Gert Verreet. Composed of the representatives from all full Member States and observers, the purpose of General Assembly Meetings, the highest governing body of LifeWatch ERIC, is to set the overall direction and to supervise the development and operation of LifeWatch ERIC.

At the heart of this 5th General Assembly lies the prototype of the LifeWatch ERIC Platform, an integrated initiative of LifeWatch ERIC Common Facilities presented by the CTO, Dr Juan Miguel González-Aranda. Thanks to its application layers and user-friendly interfaces, the prototype will enable the integration of all the resources, including web services developed by National Nodes over the years, as well as those resulting from Common Facilities and Joint Initiatives, like the recent investigation undertaken by the infrastructure members on the current and future challenges of NIS in Europe, into Virtual Research Environments (VREs). The prototype was adopted by the General Assembly, officially marking the beginning of the deployment and operational phase, with its implementation expected to continue until the end of next year.

With many other important issues on the agenda, this rich two-day meeting moved from a review of LifeWatch ERIC activities in 2019 to forward planning for 2020 and delivering general frameworks for implementation. Among these, the Assembly approved the general framework for Service Level Agreements (SLAs) to be used as the basis for a roll-out to national nodes in the course of the year, and an engagement policy to reinforce our dialogue with – and capacity to reach out to – external stakeholders. By finalising the rules and procedures for subsidiary bodies, and having established the selection committee to complete the recruitment of one of the most strategic positions, the Chief Financial Officer, LifeWatch ERIC will be in good shape to hit the ground running in 2020.